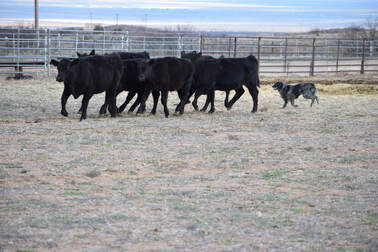 With this being said, the above describes Legend to the tee. Legend, He is a quiet and only barks when needed. When working keeps me in his sight to make sure no harm comes my way and when not working the same, always watching out for me.  Always happy, wanting to please, quite, confident, calming and authoritative.  He has the willingness to listen and respond and loves being with his human.  I could not ask for more, he has a wonderful personality and gets along so well with the four females.
​Thank you Pincie Creek for allowing Legend to make his home here.
​​FEMALES
​ 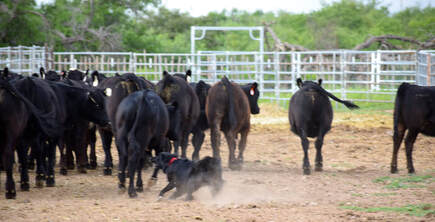 Cocoa came to me from Boyd Ranch and I was struck by her beauty, structure, and movement, when she was just a small pup. She has matured into a loyal dog and is protective of us and her home. I cannot say enough about this girl, she is a different bred of cat, smarter than some people. She's a great thinker, knows her job, I can send her out to push cattle off around 1/2 mile away. She stops checks in to see if I want her to go further or in that area, she will perform as long as she has me in her site, from moving cow/calf pairs to putting up chickens at night. I would be totally lost without her.   She is very talented, smart, reserved, biddable, very athletic, quick and watches her human.
She has all natural talent on cattle and loves to work them.
Thank You Susan Boyd of Boyd Ranch for allowing Cocoa to come to our ranch, she is a precious girl.
​
Kate is my little liver red bi that when she goes to do a job, you best get out of her way.  She is small but has a BIG motor.  She can cover ground like I have never seen in an australian shepherd and when it comes to moving cattle, as a good friend told me, shut up and let her do her job.  This girl has a lot of stamina, grit, natural instinct, drive and a great thinker, she works both ends, head and heels, along with being loyal, biddable and loves her human.
I never have to worry about someone coming into the house or coming into the courtyard, she is very protective of her family.
​I purchased Kate from Roger and Kathy Stevens as a new born pup.  After she was here a few days, I knew I had a dog that the name had to fit her personality, that is where Kate Bar The Door came from. Life is never boring with this girl around. Thank you Roger and Kathy Stevens for this energetic girl. 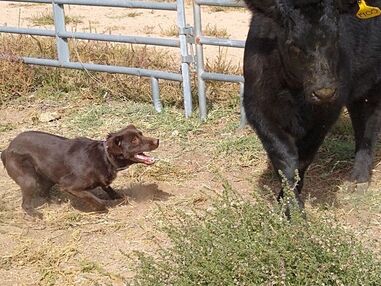 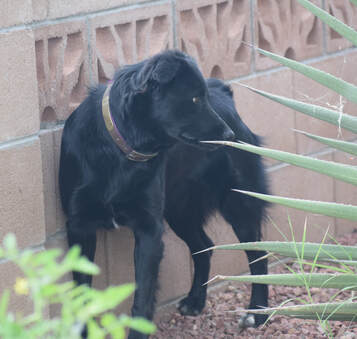 Sire:   Pincie Creek Legacy Of Blue Bear  (Legend)
Dam:  Boyd Ranch Hangin Cocoa Bear      (Cocoa)
​
​Bear is a Black Bi that is almost a solid coal black,
I kept out of Legend and Cocoa litter of 2018.
She lives up to her bloodlines.  Bear is alot like her dam, a different bred of cat.  She is so biddable, sweet, smart, confident, reserved, authoritative, thinker, so much natural talent and wants to please. Does not take her very long at all to understand what she needs to do.   I call her my little powerhouse.  She is such a pleasure to be around. 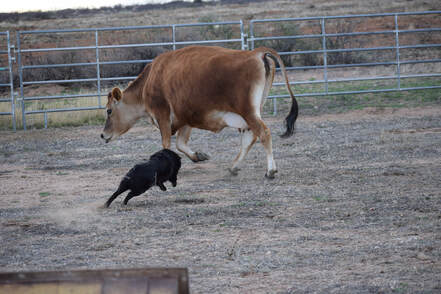 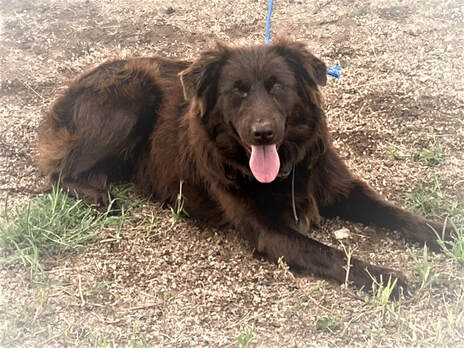 Grace  is a liver red bi female that we kept out of Legend x Kate litter.
I was wanting a balance of the two - grit, biddable, authoritative, confident,
smart, and your best bud and loaded up on Hangin' Tree up front.
This is exactly what I got. 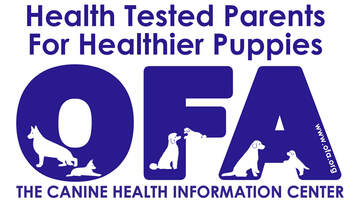